It is so strange to think I have been on twitter since about 2007 give or take, it was in the beginning. I no longer have that account and made a new one in 2015. I can’t remember what the reason was for, but I’ve been on twitter a long time. These last few years Twitter has been so helpful with growing my blog I even wrote a blog post it here 3 Reasons why is my blogs best friend. I wanted to share with you some tips that I found helpful to bring more traffic to your blog.

Following others is a great way of connecting with others and building a community. There are no rules on following each other on twitter. But I would recommend that you follow people that you want to follow since it is your feed that your seeing. I would also recommend to follow a verity of people that are similar to your interests. If that makes sense. You might find someone that you normally wouldn’t follow this way. I know I have a few that I’ve found this way.

Following threads are nice to participate in and can get you a nice amount of new followers. Basically these are done by someone tweeting an announcement of their follow thread, asking you to follow them and to retweet their tweet, and then you follow all others who have retweeted the tweet. I like to do these throughout the month but paced out so it doesn’t like to spammy.

Again my advise would be, only follow people that interests you, and that you find to be enjoyable. you are not required to follow anyone you don’t want to.

Link dropping and nothing else can look spammy. I know we all have lives and twitter might get put on the back burner. Even of you pop on for a few mins and send a tweet out, retweet somebody or like a tweet. Anything. Some kind of engagement is better than nothing. You can ask questions that may not even be related to blogging. Silly thoughts that may of come to mind or maybe something that happened that day.

Retweeting is that best way to show other bloggers support. Retweet their blog posts, leave them comments. Let them know you like their content! See anything else that your followers may like? Retweet it! I have a lot of UK followers and will retweet tweets that I think someone will appreciate.

RT accounts are great! Using the hashtags of the RT accounts your tweets/posts are getting more exposure then they would of alone. Which is great for discovering new bloggers. When you follow RT accounts, you see all of the blog posts you might not have been able to see on your own.

Some shameless plugging here. I run Bloggingbeesrt, which retweets your blog posts to other bloggers. We have been up and running for a whole year now January 3rd. We have weekly threads which are, Recent Blog Posts Mondays , Wednesday Instagrams, Blogger Train Friday and Free for all Saturday.

Hashtags allow people who don’t follow you to see your tweets. But you don’t want to over do it and use too many. No more then 10 hashtags is best and use hashtags that are relatable to your post. It is so annoying when searching and having tweets/posts that have nothing to to with what you are looking for.

Scheduling tweets in advance saves so much time, and has allowed me to promote my blog posts in the background. For a while now I have been using solely  Hootsuite  and schedule a week worth of tweets so that I have more free time and not always on social media.

More Posts Of Mine 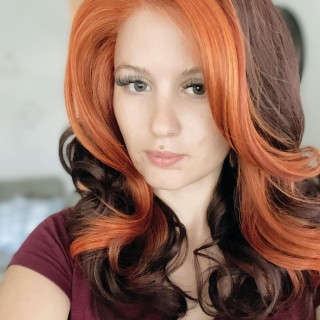